Autoplay simply means if the Tutorial should go forwards automatically after the animations and voiceover has been fully played. Settings: 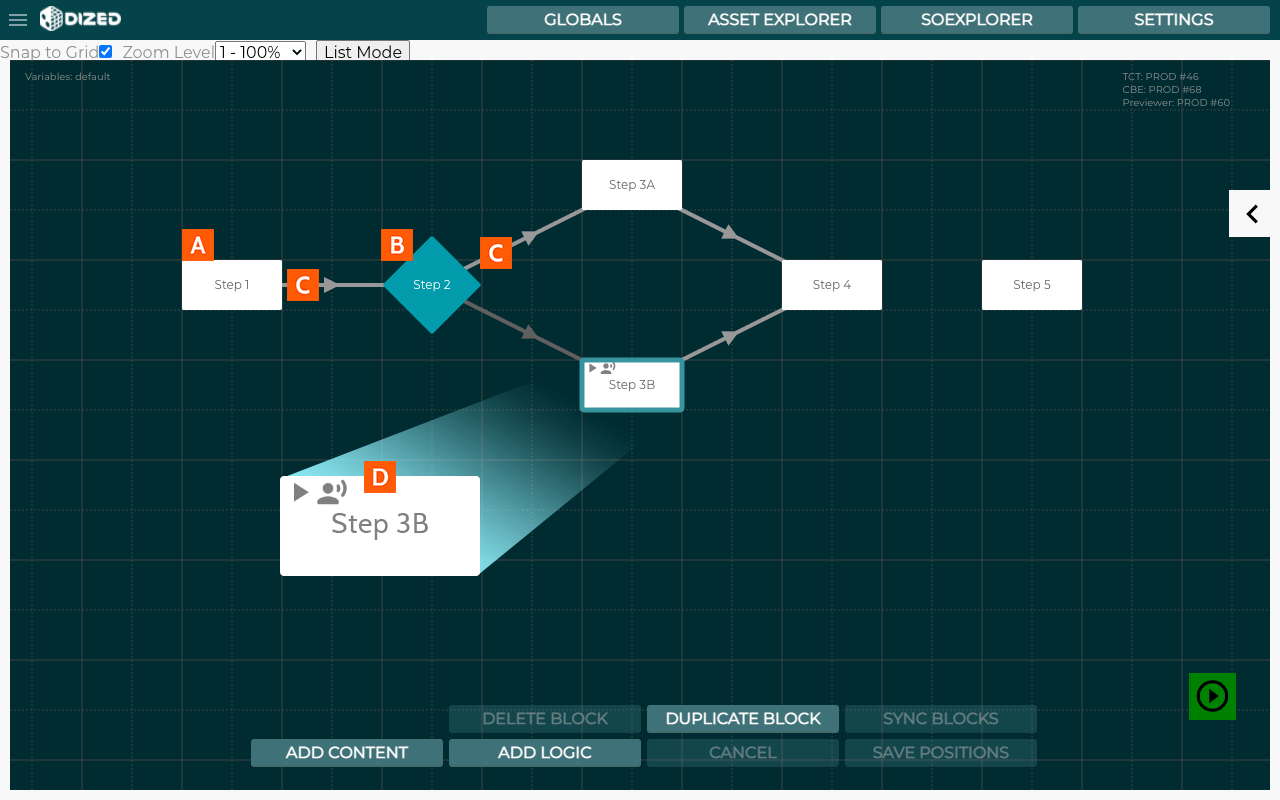 Autoplay simply means if the Tutorial should go forwards automatically after the animations and voiceover has been fully played. Settings:

Autoplay can be turned ON when players are just given information but they don’t need to do anything with the physical game.

However, if players need to do something with the game or interact with the Tutorial turning Autoplay OFF is recommended. This allows players to think and continue once the task has been completed.

TIP: Don’t make autoplay sequences too long so that players don’t “zone out”. If you need to explain longer things try to have players complete a task or ask a question about the matter to activate them in the middle of the explanation Try to keep autoplay sequences under 10 Steps (or shorter if Steps are heavy on information).

Dized tutorials show a progress bar on the bottom of the screen. This indicates to players that there are more steps to come without them having to interact with the app. Players only need to take action at the last Step of an autoplay sequence.